Sonoluminescence originates in a plasma that is so dense that it blocks light.  See more

A freshly made crystal of lithium niobate has an electric field of 15 MV/cm!  See more

A 1 MHz acoustic wave generates bubbles that crash down to less than 100 nm in radius. See more

X-ray emission from peeling Scotch Tape. Triboelectrification has been studied for 2000 years and is still such a mystery that only recently did we learn how to turn it into an x-ray source. See more

We study the fate of energy that is injected into a system so as to push it far from equilibrium.

A sound wave passing through a fluid can create a bubble that pulsates so strongly that it becomes a dense plasma that emits flashes of light only trillionths of a second long.  When “Scotch” tape is peeled from its roll in a dark closet, a mysterious glow can be seen.  Somehow the force of peeling a complex network of polymers generates a charge separation, which then organizes to create a discharge and emit photons with energies that can extend into the x-ray portion of the electromagnetic spectrum.  When a ferroelectric crystal such as Lithium Niobate is heated, the ions move ever so slightly relative to their electron clouds to create massive electric fields that are capable of generating nuclear fusion in a system the size of a walnut.

In these off-equilibrium systems, nonlinear processes dominate the motion.  Although entropy always increases in all these phenomena, the second law of thermodynamics gives little guidance in understanding how they work.

As you marvel at the wide range of phenomena on this web page, please wonder whether there is a new guiding principle which explains why so many different off-equilibrium systems like to concentrate energy density.  The limits of energy focusing that can be achieved off-equilibrium are not known.  Can a similar multi-scale system someday be used as a fusion reactor?

The frontiers of physics are all around us. G.E. Uhlenbeck 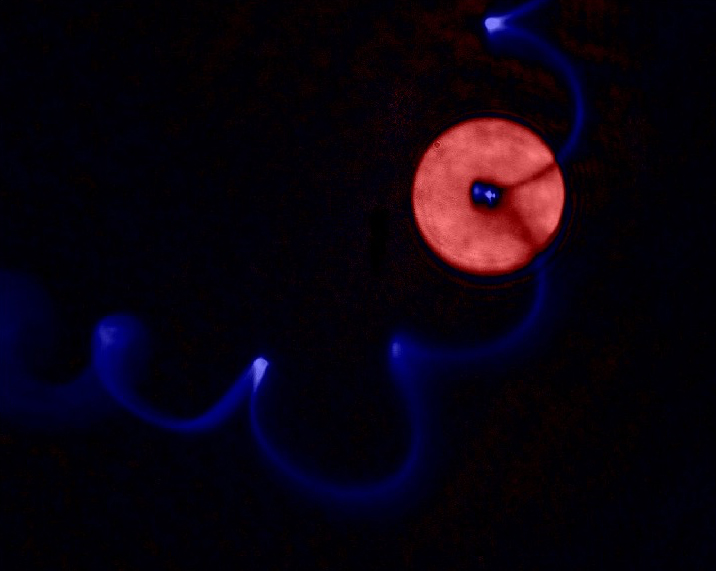 1,500 flashes of light from an imploding bubble that is illuminated at its 90 μm maximum radius.  What are the limits of energy focusing that can be achieved with sonoluminescence?  See more 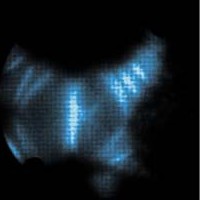 Scintillations produced by deuterium ions that are accelerated to high energy by a crystal.  What are the limits that quantum physics imposes on the electromagnet fields that spontaneously originate in crystals? See More 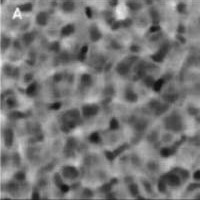 Turbulent ripples on water.  There is no mathematical theory of why the conversion of motion to heat is extremely localized in far from equilibrium fluid motion. See More 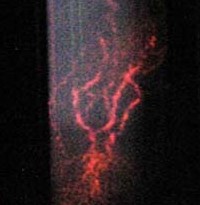 Lightning produced from the shaking of teflon balls.  No one knows whether triboelectrification is due to the transfer of positively charged ions or negatively charged electrons  See more